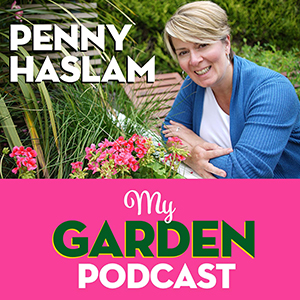 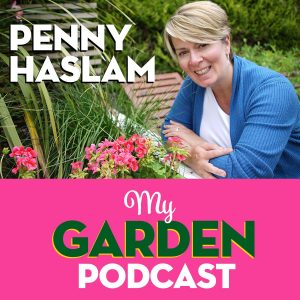 And we are tackling what is can only be described as a stunted growth situation. My mum Delia has been called in frankly, using the lure of a roast dinner. But actually, for tomato help. So what we're gonna do is take out this plastic bag. It's a big, flat piece of plastic. Basically, anything you can get would be great. And we're going to gently tip out the tomato plant, which is in quite a big pot.

Mum says roots are like the heart of a plant. So we're gonna check the roots are normal. I'm assuming they are. So let's find out.

Oh my God! OK. Now that root should almost be to the side of the pot by now.

The tomato variety is called Alicante. It is a kind of big cherry tomato.

I've been growing them for the last three months from seed. Beautiful idea. They've had a lovely warm space on the kitchen window cill and I repotted them.

They're supposed to run now. And actually, they're not there but stunted and slow. Mom, is that normal? No, that is not normal. A plant this size should have rooted out here by now. You see how the tip of that is white there, that's how it should be. It should be wide enough out to have little hairs growing out of those roots. No wonder the plants aren't growing. Exactly.

Now, there two things here. It might be that they are too wet. Yeah, too much soil? Because it is really wet, isn't it? It's very wet. Um, but I honestly expected to find little vine weevils in here, which are like little white bugs. But I can't see anything. I feel like a failure, what's this? That's a stone and you've done well. You've got a good compost here, and you've got lots of little bits of stone, which will help the drainage. But it really is a mystery as to why there are no proper roots here.
But that would account for the fact that it's not growing.

That's annoying, isn't it? I made 49 tomato seedlings.

Not all of them survived very well. For a while, I gave some away, and I'm just gonna look like a big disappointment in my local tomato growing community, aren't I? So my sister in law, Gemma got a plant, its died. The ones on my shelf not yielding any fruit. I was hoping by now my lettuces would be accompanied by my own tomatoes. But no, weird.

What would you advise? Anyone who's got a plant that's not really thriving or flourishing in a way that it should be? The only thing you could do now is maybe put in some little stones.

Hold on, hang on. Oh, we got oh, it's small and it's curly looks like a baby worm. It's certainly not a worm, and it's certainly a pest that will eat roots. But, it is the only one we found so far, isn't it? Is that another one? No, that's just a piece of ah, this bit of wine cap.

But the compost looks good to me. So how the compost seal of approval from Delia. Very good. The only thing is to put more drainage stones in amongst it. Do you know what Perlite is? Yes, I do. I've got something similar. I've got some Perlite, right? Here's and Perlite and some compost that's shop bought. It's dry basically, we're gonna use a smaller pot.

Everyone's been saying about how you've got to water tomatoes says every day have been watering the bloody tomatoes every day. Only when they become tomatoes themselves.

That's very good and very impressive. Thanks, Mom. So where did you learn your gardening from? Was it just a case of doing or had you just grown up with it with your parents? I grew up as a little girl weeding a vegetable plot. Mm, having chases races with snails up and down the garden path with the little boy next door.

Now that needs Perlite. Perlite, you should always mix with the compost.
This is compost going in on top of the crocks, tamping it down a little bit so that your drainage but an extra bit of perlite.

What is Perlite? As you can see, it's mixed here with compost. The little round bits it helps the roots to move through.

It speeds up rooting and reduces the risk of damping off. Is that what's happened here mum, damping off? Oh, darling, that's no good, is it? I would suggest is you put a handful in.

So we filled the new pot 1/3 of the way up. A handful of perlite, powdering chalky looking. What's it made of? I tell you what it's made of. It's a naturally occurring, non-toxic, neutral volcanic rock, heated to a high temperature which produces a lightweight, microporous structure.

That's it. I will have to tomatoes by tomorrow...

Advice on how to grow tomato plants