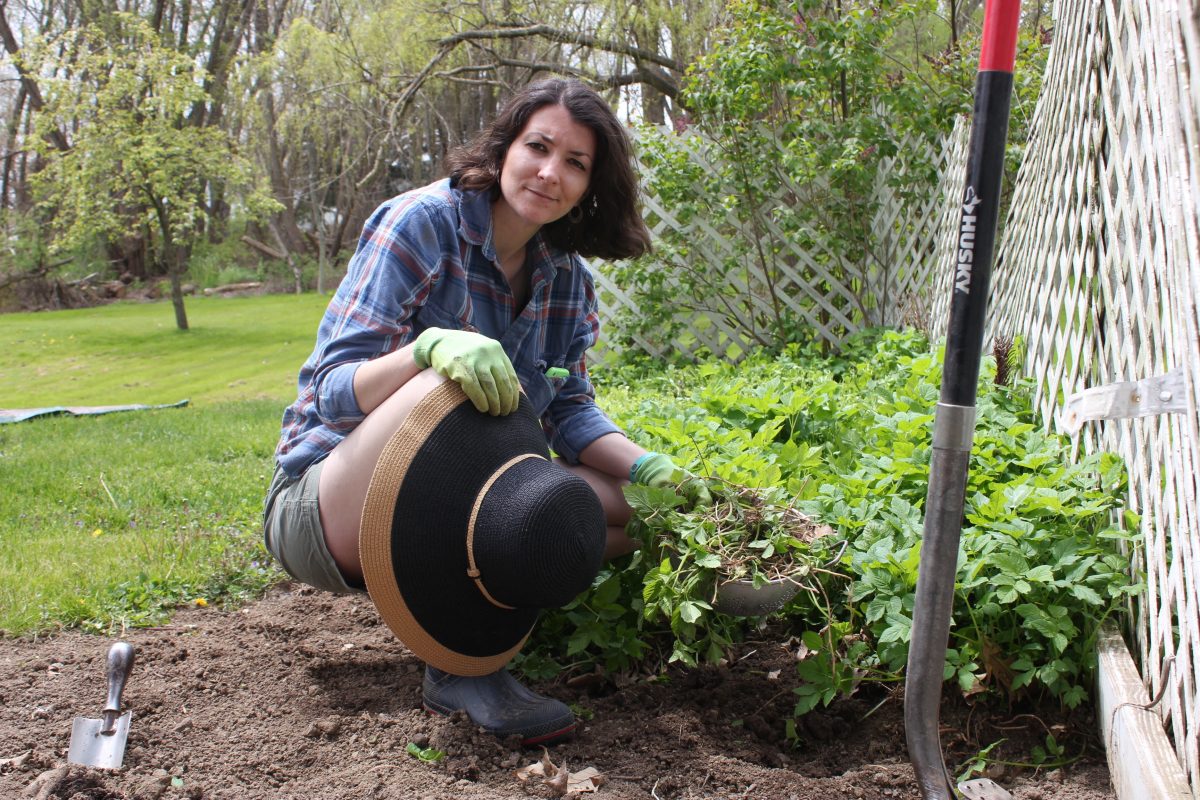 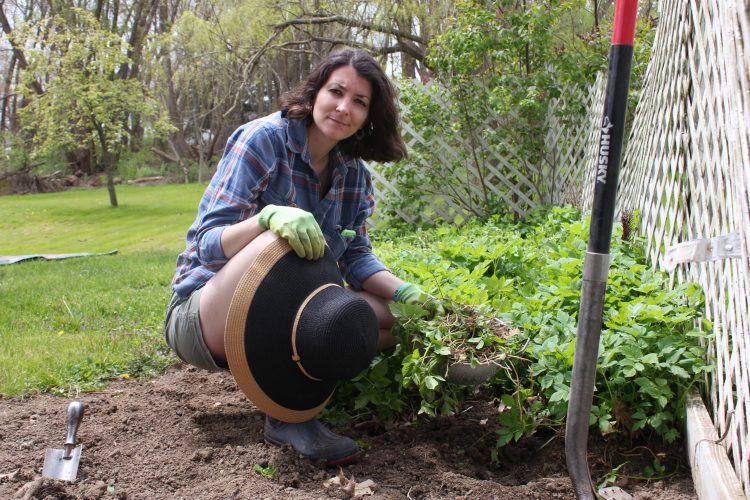 Blog swap with us |Penny wrote a post for Dig, Bitch Dig

Fine. I'll admit it. I tried to outsmart the neighborhood deer, and ended up with an absolute shit show for my efforts.
The story starts LAST year, when the local herd of voracious deer came through my garden, not once, but three times, leaning over my short fences to steal even what deer are not supposed to like. The bastards ate spiny zucchini stems, stinky tomato plants, cucumber vines, and anything else they could get their filthy deer lips on.
I cried. And not just a little bit. I mean I bawled like that time when I was five or six and found out that I would, indeed, have to die someday, despite my protest. (I tried saying that it was a free country, that I didn't have to die if I didn't want to. Even then, I knew it was weak tea.) Back to the deer, though.
I vowed in 2019 that I would do better the next year--by which I now mean this year. In the spring, I knew I had to thwart those motherf--rs if it was the last thing I did.
This post is not about how I:
1. Cut my own hair and sprinkled the trimmings all over the garden;
2. Placed dog turds at intervals around the back vegetable bed like decorations;
3. Yelled at two fawns in the backyard to tell their mother my property wasn't a g-ddamn daycare facility and that they should go the f-ck away.
It is about how I thought I was clever in taking a long length of plastic roll fencing and putting it over the top of two garden beds that edge my sun porch. At the front, I could simply clip it to the top edge of the chicken wire fence with clothespins. The back presented a problem, quickly fixed. To hold it up, I put in a few short shepherd's hooks, and just hooked the fencing on to the ends. It seemed like a perfect solution to keep the deer out, and for like five minutes, it was.
I patted myself on the back. Sunshine and water could get through the fencing no problem. The fencing could be unhooked and easily removed when I needed to pull weeds. My little cucumber and then squash seedlings were protected and happy. Until they grew, and grew, and grew some more.
Okay, I said. Don't panic. They just need more room. So I replaced the shepherd's hooks with tall wooden stakes, nails hammered in at angles near the tops, so that the section of plastic fencing hooked onto the nails and was raised higher at the back. 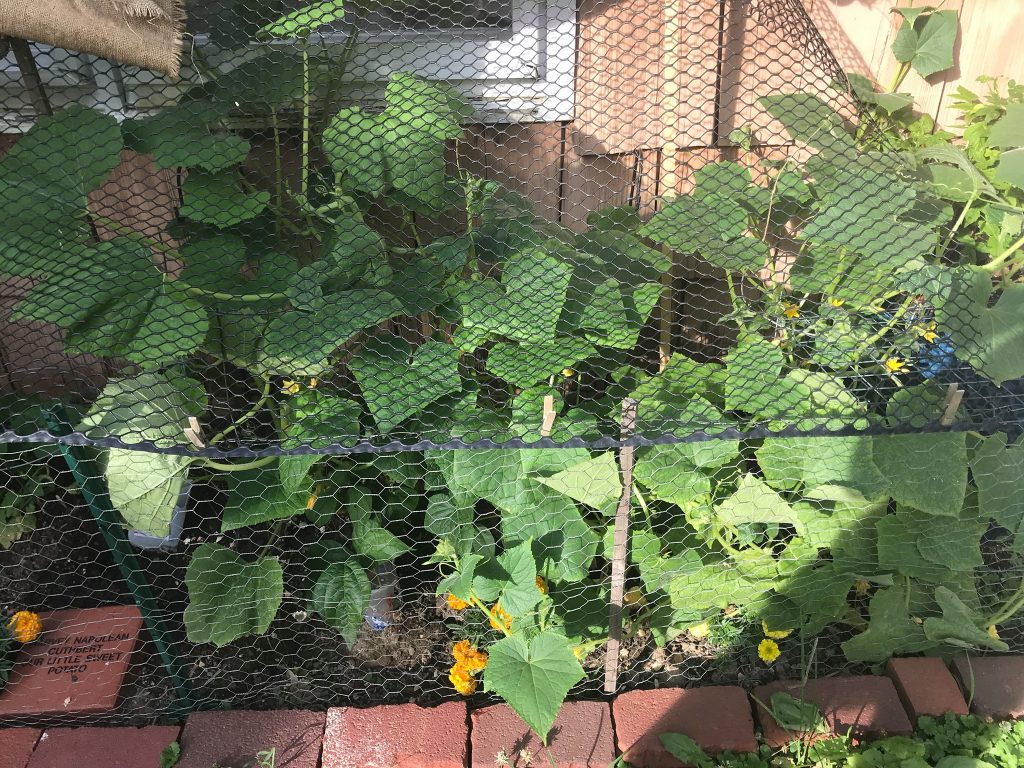 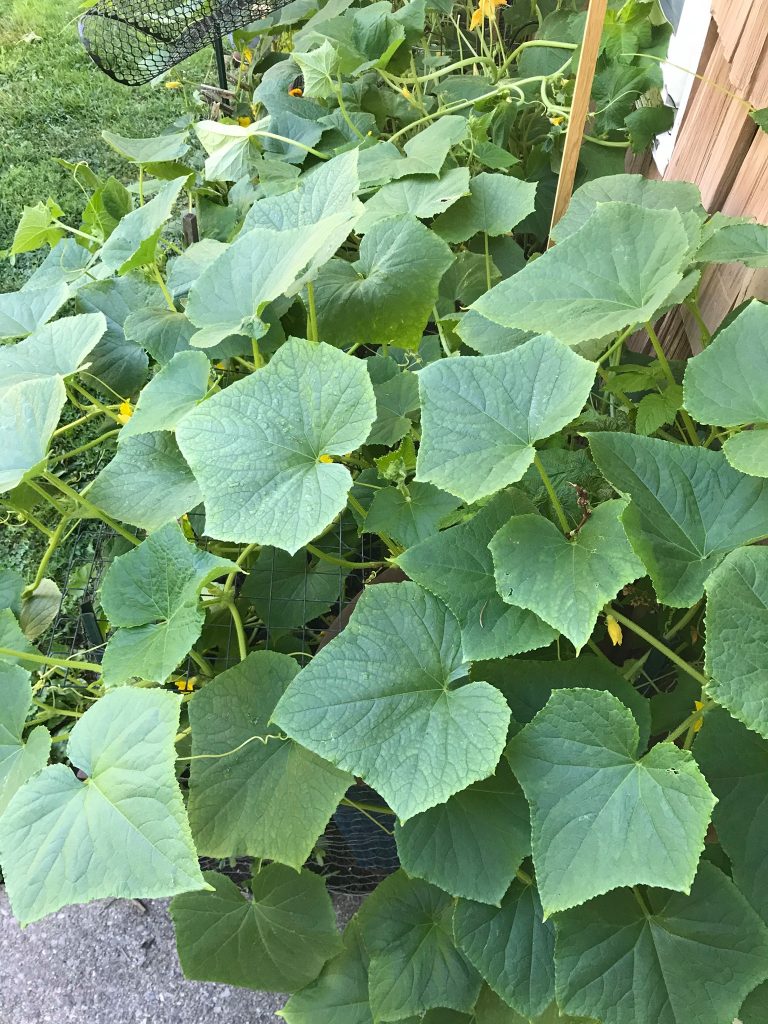 But the cucumber plants continued to grow and stretch and reach and cling. Because, you dumbass (points to self), they are VINES. Which you KNOW. But must have...forgotten? Because you are an idiot.
Their grippy little tendrils coiled around and through the plastic fencing faster than I could uncoil them and train them to grow in different directions. I was like Lucy in the chocolate factory, except that I was much dirtier and the job was much more hopeless. The vines escaped through the sides, clung to the back screen door, overtook the mint and parsley in pots, choked out the raspberries... Eventually I gave up, took the fencing off (damaging several vines in the process), and let them all just have their f-cking way.
Perhaps because of the barrier, and okay, overplanting, the cucumber beds became overcrowded, and a bacterial wilt took hold. Then followed the dreaded striped cucumber beetle. Then the spotted. Not to be outdone, leaf mould and powdery mildew joined the party, and soon, my cucumber vines were mostly dead and had to be ripped out. (But not before I made a few batches of pickles, so all was not lost.)
Next year, I'm taking a season off from cucumbers (and zucchini). I need time for the beetles to see there's nothing to eat, and move on, and of course, time to come up with another plan that outsmarts the deer (but not myself).